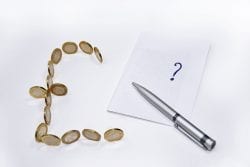 A report by the Financial Conduct Authority (FCA) has identified that many savers are not shopping around for the best retirement solutions or taking advice. With charges varying significantly, the consequences can be considerable.

The report revealed some interesting findings. The much-feared squandering of pension pots (made available from age 55) hasn’t really happened. There has however been a marked favouritism for “income drawdown” rather than the more traditional “annuity”.  Briefly – with income drawdown, you keep your pension savings invested when you reach retirement and take money out of, or ‘draw down’ from, your pension pot. An annuity on the other hand, is bought using pension savings and guarantees a fixed income for life. Since pension freedoms, twice as many pots are moving into drawdown than annuities.

The FCA notes that consumers who access their pots early without taking advice typically follow the ‘path of least resistance’, accepting drawdown from their current pension provider without shopping around. And consumers are increasingly accessing drawdown without taking advice. Before the freedoms, 5% of drawdown was bought without advice compared to 30% now. Drawdown is complex and these consumers may need more support and protection – the FCA says.

The key point here is that drawdown charges vary considerably. So, savers will benefit from independent financial advice, considering their objectives and having an expert advise them on the most suitable solution for their needs. Clarity over charges is important and the majority of savers in my experience are often in the dark when it comes to how much they are paying and what it represents in terms of value.

Which? money expert Gareth Shaw says: “Deciding how to turn your hard-earned pension savings into a retirement income is one of the most daunting and complex decisions people have to make. Consumers deserve to get products and services that help them make the most of their savings in retirement, so it is worrying that the FCA has highlighted that many people are not shopping around or taking much needed advice.”

Knowing your charges doesn’t just apply to income drawdown. Most investments have charges of some kind and it can be tempting to be wowed by big promises, sometimes forgetting that the fund or fund manager often carries big charges too. If the fund doesn’t perform as you expected you are still left with those high charges. Although the charges may have seemed insignificant with optimistic growth predictions, in sluggish times they could minimise any real growth, with inflation to consider as well.  A recent FCA bulletin found that:

Taking advice has never been more critical than it is now. The pension freedoms offer some excellent flexibility for structuring your retirement income but there are many aspects to take into consideration before making decisions. Know your numbers. How much are you paying and what is it for? How much money will you need in retirement and what is important to you? The FCA’s findings highlight the potential pitfalls of the pension freedoms when used without considering the bigger picture.

I suggest avoiding being seduced by product promises or lured into the trap of becoming a DIY retirement planner. Today’s pension environment is more complex than ever with factors to consider including tax, law, longevity, growth, inflation and charges as well as personal objectives and estate planning. Knowing your numbers – from charges through to predicted spend in retirement – is critical if you plan to go it alone. Better, perhaps, talk to an expert and seek help?