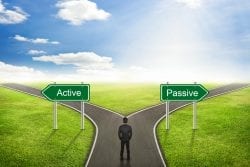 In what some believe will be the asset industry’s equivalent to the P.P.I. scandal, The Financial Conduct Authority (FCA) has forced dozens of Fund Managers to reimburse investors after it found the funds were “closet trackers”.

Closet tracking is a term used to describe investment funds that claim to use the expertise of a Fund Manager to attempt to outperform the markets, but actually operate simply by tracking a benchmark index. The fees for active fund management are typically considerably higher than those for a passive fund, which simply tracks the benchmark.

Once again this is a story about looking before you leap. In my last blog I talked about how utilising a 5-star fund manager, many of whom subsequently lose their stars, often represents poor value for money. The closet tracker story is similar. You pay for expertise and experience that you don’t get. The reality is that the higher fees associated with active investments, in which a manager actively oversees your portfolio, are only justifiable if that fund management actually happens. Otherwise you may as well pay the reduced costs of a passive fund and track the benchmark which is exactly what closet trackers do, but with the costs of an active fund.

The Financial Conduct Authority (FCA) intervened to assess the scale of the situation in 2017¹. Of the 84 funds it analysed, 64 were ordered to make changes to the way they are marketed. And the higher charges paid by investors to these fund managers were ordered to be reimbursed. Just recently (March 14th 2018) the FCA confirmed³ that £34 million had been paid in compensation to investors in closet tracker funds, in a statement on its website.

Tip of the Iceberg?

City campaigner Gina Miller, who has long criticised inappropriate charging amongst asset managers, calls the £34m outlay the “tip of the iceberg”. She says “It is a token at best. There will be a lot more to come, a lot more.” And the iceberg itself could be as big as the P.P.I. scandal, some speculate.

FCA Executive Director of Supervision for Wholesale and Specialist Investment, Megan Butler, says “We expect fund managers to take their duty to their consumers seriously. They should manage their funds the way consumers expect them to and tell consumers what they are doing. That is why clear promotional material for investment funds is a priority for us. When we’re aware that firms haven’t been clear, we have a range of powers that allow us to intervene to protect consumers.”⁴

In November 2016² Andrew Bailey, Chief Executive of the FCA hit out at Fund Managers for keeping £109 billion in funds that are only partially active. Making it clear that the FCA took no position on the relative merits of active funds and passive funds, he highlighted consistent charges for active funds compared to reducing costs for passive funds in the past decade. Clearly this dichotomy only serves to highlight the difference between the two types of fund in terms of value for money and expose practices like closet tracking.

Look Before You Leap

The size and outcome of the closet tracker scandal and compensation remains to be seen, but what is the moral of the story for an investor? Look before you leap, determine what value looks like and don’t always assume that higher fees equal better outcomes. Just like a 5-star Fund Manager might not really be a 5 Star Fund Manager in a years’ time, an active investment fund might not really be doing the work it should with your money.

If you want to talk more about this subject or discuss your investments or retirement plans, please get in touch. Until next time, thanks for reading.