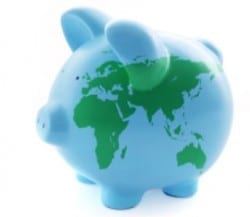 A colleague was reminiscing last week about a seminar he had been to, shortly after the new pension freedoms were introduced in 2015 in the UK. The seminar had discussed, amongst other things, how other countries had behaved in the wake of similar pension liberations.

My colleague had particularly remembered this part of the seminar because it had been suggested that behaviours had matched national stereotypes, with the Swiss playing safe and buying annuities and the Americans generally taking more cash out and not saving enough. I asked him about the UK.

“Somewhere in the middle.” he replied. Sounds about right then – but it’s all anecdotal as he couldn’t remember the source.

One thing we do know however, is that countries vary considerably in how much they save on average per capita for retirement. In 2013 HSBC carried out a study into retirement provisions across 15 developed countries worldwide. Here are some of the findings:

Hotspots & Notspots: Which nations have the best retirement?

So why do countries differ so much? Economic circumstances clearly play a part – after all it is easier to save when you have more money. Culture is extremely relevant too, as many generations will have “inherited social values” that do not prioritise saving for later life.

The biggest factor is undoubtedly the extent of government intervention in retirement planning. There are many examples, but Singapore is a good one:

It is interesting to observe recent UK initiatives like the new Lifetime ISA and auto-enrolment. These are both clear steps that the UK government has taken to encourage the cultural shift that will be necessary to prioritise saving for retirement.

But you can’t change where you are born. However, there is clear evidence in the HSBC report that those with a financial plan in place are much better prepared than others for retirement.

The logic has always been for me that knowledge is power. It doesn’t matter how much or how little you have – knowledge is the key. I sometimes manage to help people retire some years earlier than they thought they could- they just didn’t know they could.

So, in the absence of a time machine or magic wand to relocate yourself to another time and place, you might want to stay in the UK and equip yourself with a good Financial Advisor.

But I would say that, wouldn’t I? Until next time, thanks for reading,