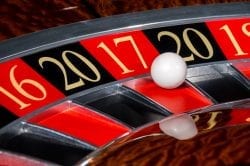 How much money can you take from your retirement savings pot every year to a) live comfortably and b) not run out of money before you die?

The figure of four percent was put forward by Financial Advisor William Benger in 1994, after extensive analysis of stock and bond returns of the period from 1926 to 1976. And it was regarded by some as a rule of thumb from that time on.

In simple terms, he concluded that if you take 4% from your pension every year index it to inflation, base it on a split of 60% equities (shares) and 40% fixed interest and your money should last as long as you do.

Changes mean the need to re-think

The trouble is that a few things have changed since the 4% rule was thought up. Back then, most people bought an annuity which guaranteed them an income for life. Falling annuity rates and pension freedoms have made this option less attractive for some, so an increasing number of people opt for a more flexible income drawdown option, which effectively puts them in the driving seat as to when they withdraw money.

We are living longer, which means we need more cash. Conversely, investment returns have on the whole fallen in the last two decades so whilst we may live longer and need more cash, our investments won’t be paying out as much as they would have back when the 4% rule was mooted. In addition to the above, there are the recent changes in pension legislation and the ability to access you pension and do with it as you want (from age 55).

Are you a Gambler?

All these factors could potentially the “perfect storm” that may cause the ill-informed to run out of money. It’s true that not everybody rushed out to buy expensive cars – as the then pension Minister Steve Webb famously quoted –  when the pension freedoms were introduced. But the ill-informed and the weak-willed are more likely to make choices that could result in running out of money simply by not taking advice or thinking things through logically.

You might not consider yourself to be a gambling person. Maybe you have spent your whole life never having placed a bet. So why would you suddenly take the biggest gamble of your life with your pension pot? Do you know how much money you will need in retirement?

The truth is that everybody’s figure varies. Retirement planning should be customised to the individual or the couple involved. Steven Cameron, a director at Aegon, was quoted in the Sunday Times* recently saying that the figure might – and that’s only might – lie between 1.7% and 3.3%.  But it really comes down to how much money you’ll need to have the sort of retirement that you want.

How much is enough?

I think it’s reasonable to factor in what sort of lifestyle you’ll want and be generous in terms of life expectancy. You need a plan to fund what you will be doing over a period of many years. For example, I rarely meet people who want to have less holidays than they do now, so they have to be planned and budgeted for.

Some people may work part-time, phasing into retirement and enjoying an extra income stream. Others can aim for a set “stop work” date – and we can even calculate that date for them using conservative estimates of returns and inflation.

To make your plan, we build a financial model which includes the cost of retirement based on what sort of lifestyle you want. We make conservative estimates at the rate of inflation and asset growth and the end product is a year by year snapshot of income and expenditure in retirement. It is only then that you will have accurate figures about how much money you need and when you can stop work. You can’t rely on a spurious percentage figure and if you do you are running a big risk.

Everybody should have a plan. What’s yours? Tell us about it and we’ll do the numbers for you.