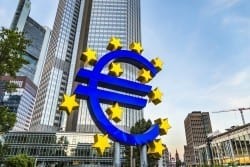 As you probably are aware, the political and economic stage is changing rapidly since Brexit. If a week was a long time in politics before the election, then it seems to be more like a day at the moment. At the time of writing (July 20th 2016) £18 billion worth of capital has been frozen in commercial property funds by seven major players. The reaction – widely regarded as an attempt to avoid a repeat the 2008 run on funds – came in the wake of Britain’s decision to leave the EU.

Commercial Property as an Asset

Commercial property is a frequently used asset class. Many people will invest in it via pension schemes and other investments, sometimes without being aware of it. Commercial property can include office premises, retail units, restaurants, hotels and car parks, to name a few.

Commercial property is often used as a “hedge” against shares and other assets. By spreading investments across the asset classes you may have better control over volatility of one asset class.

Eight companies, including Henderson, Standard Life & Aviva, suspended trading on commercial property funds on the back of ‘exceptional market circumstances’.

Why did it happen?

Commercial property is an illiquid asset. Funds are typically invested in office blocks, retail spaces and warehouses. These buildings typically have long sales cycles and can be hard to sell.

Well, that depends on what day of the week it is at the moment – and I don’t mean to trivialise the situation. As I write this the FTSE 100 closed above 6,700 for the first time in over 11 months after a Bank of England survey showed “no clear evidence” of a sharp Brexit-induced economic slowdown.

What does it mean for me?

In terms of your own financial planning, my advice remains the same. Your retirement plan should have enough diversity to deal with events like these fund suspensions. Your Financial Advisor should review progress with you regularly and check that you are still on track for the retirement lifestyle you want. If there are adjustments to make then they can be discussed, but the usual rule of thumb is that over the long term, performance of various assets balances out, given correct management.

Clifton Nash clients typically have a low investment in commercial property. Whilst we believe it provides a useful hedge, the illiquidity factor can outweigh for example, the significant growth last year, as the assets can be hard to sell and therefore realise.

So, my view would be not to worry about the suspension of the commercial property funds. Instead concentrate on developing a robust, lifestyle-orientated retirement plan that should be able to ride the peaks and troughs for you.

Want to know how to create a retirement plan yourself? Click here. Or take the easy option and talk to us. Click here to email us.