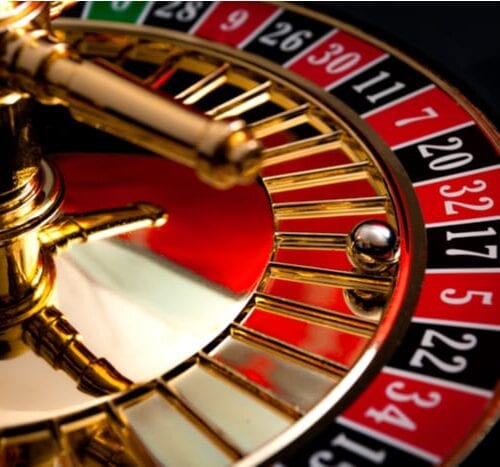 This afternoon, Rishi Sunak has delivered the first Budget of the new Conservative government. With a large majority behind him, the theme of the Chancellor’s speech was to deliver the promises made in the party’s election manifesto or, as Sunak himself repeatedly said, to ‘get things done’.

Of course, the coronavirus outbreak has significantly changed the Chancellor’s plans. Opening his speech, Sunak said: “We will rise to this challenge – this virus is the key challenge facing our country today.”

With a package of measures designed to support the economy through the spread of coronavirus, plus a pledge to deliver manifesto promises, who were the winners and losers in the 2020 Budget?

Even before the Budget began, the Bank of England had already announced measures to support the economy, including an emergency reduction in the Base rate from 0.75% to 0.25%.

The outgoing Governor of the Bank of England, Mark Carney, said: “The Bank of England’s role is to help UK businesses and households manage through an economic shock that could prove large and sharp, but should be temporary.”

If you have a tracker mortgage – where your interest rate is directly linked to the Base rate – you should immediately see a reduction in your repayments.

If your mortgage is linked to your lender’s Standard Variable Rate (SVR) then you may have to wait and see if you benefit. There is hope, as after the Base rate was last cut in 2016, eight of the UK’s top 10 lenders reduced their SVR by the same amount soon after.

With experts predicting that the coronavirus outbreak is likely to have a negative effect on the economy, the Chancellor announced a £12 billion package of support to respond to the economic impact of the virus.

Much of this support was aimed at small businesses, particularly those in the retail, leisure and hospitality sectors who are likely to be most significantly impacted by the public having to stay at home and self-isolate.

For businesses with fewer than 250 employees, the cost of any Statutory Sick Pay caused by the coronavirus (up to a limit of 14 days per individual) will be refunded to the company, in full, by the government.

The Chancellor also announced that:

In addition to emergency measures to tackle the coronavirus outbreak, there was other good news for small businesses.

The government also accounted that it is delivering on its commitment to increase the Employment Allowance to £4,000. This means that businesses will be able to employ four full-time employees on the National Living Wage without paying any employer National Insurance contributions (NICs).

The Chancellor also confirmed that the Corporation Tax rate would remain at 19%, the lowest level in the G20.

Delivering on a manifesto commitment, the Chancellor announced that the threshold for paying National Insurance contributions would rise, from £8,632 to £9,500.

This equates to a tax cut for around 31 million people, saving a typical employee more than £100 a year.

The Chancellor confirmed that, by 2024 (and economic conditions permitting), the National Living Wage should reach two-thirds of median earnings, equivalent to over £10.50 an hour.

Many people affected by the Tapered Annual Allowance

In recent months, the issue of the pensions Tapered Annual Allowance has made the headlines. Large numbers of NHS staff were refusing to work additional shifts because of the taper, which left many facing large tax bills.

Having promised an urgent review into the taper, the Chancellor announced that the thresholds at which the Tapered Annual Allowance came into effect would rise by £90,000.

Now, if your threshold income is above £200,000, then you need to check if your ‘adjusted income’ (essentially all income that you are taxed on including dividends, savings interest and rental income, before tax plus the value of your own and any employer pension contributions) is over £240,000.

According to the Chancellor, this will take 98% of NHS consultants and 96% of GPs out of the taper.

In the Budget statement, the government said: “By saving towards their future, families can give children a significant financial asset when they reach adulthood – helping them into further education, training, or work.”

The adult ISA subscription limit will remain at £20,000.

Anyone driving on the A303

For more than five years there have been plans to improve the long stretch of A-road that passes the UNESCO World Heritage site at Stonehenge. After years of delay, drivers heading to or from the South West received some good news with the Chancellor announcing that the government will build a new, high-quality dual carriageway and a two-mile tunnel in the South West to speed up journeys on the A303, and to remove traffic from the iconic setting of Stonehenge.

For drivers in the area, there is finally light at the end of the (two-mile) tunnel.

To support learning, the government will introduce legislation on 1 December 2020 to remove VAT on e-publications such as magazines and e-books.

Now that the UK has left the EU, the Chancellor says that the country can reduce the cost of essential sanitary products for women in the UK.

This means that, from 1 January 2021, the ‘tampon tax’ will be abolished through the application of a zero rate of VAT on women’s sanitary products.

While there were no tax cuts for drivers and drinkers, the Chancellor announced that he was freezing:

With the Base rate falling to 0.25%, it’s reasonable that long-suffering savers will see yet more falls in interest rates.

Moneyfacts reported that, after the Bank of England last reduced the Base rate in 2016, the average savings rate for an easy access bank account fell by 0.14% in the ensuing three months.

As widely predicted, a 2% Stamp Duty Land Tax surcharge on non-UK residents buying a residential property in England and Northern Ireland will come into force in 2021.

The aim of this measure is to help to control house price inflation and to support UK residents who want to get onto and move up the housing ladder.

The Chancellor says that the money raised from the surcharge will be used to help address rough sleeping, with the government having committed to ending rough sleeping in this parliament.

With immediate effect, the lifetime limit on gains that are eligible for Entrepreneurs’ Relief will reduce from £10 million to £1 million. The Chancellor says that 80% of small business owners will be unaffected, but larger businesses or those realising significant gains on disposals will pay more tax.

While the threshold earnings level for the Tapered Annual Allowance coming into effect have been raised by £90,000, those on the very highest incomes will see a significant reduction in the amount they can contribute to a pension and retain tax relief.

The minimum level to which the annual allowance can taper down will reduce from £10,000 to £4,000 from April 2020. This reduction will only affect individuals with total income (including pension accrual) over £300,000.

However, the lifetime allowance, the maximum amount someone can accrue in a registered pension scheme in a tax-efficient manner over their lifetime, will increase in line with CPI for 2020-21, rising to £1,073,100.

The Chancellor announced that the government will introduce a new Plastic Packaging Tax from April 2022 to incentivise the use of recycled plastic in packaging.

Potholes are likely to face a difficult year, with the Chancellor announcing a Potholes Fund of £500 million for each of the next five years.

He expects 50 million potholes to be filled in during that time.